With the increase of technology in our everyday lives, it comes as no surprise to see a growing number of Canadians use cashless transactions. The use of the top payments apps in Canada is steadily growing, with 12 per cent of Canadians currently using their phone to make contactless payments. Secure mobile transactions are the way of the future, but you may be surprised to learn that your morning coffee is at the center of one of the top payment apps in the world. 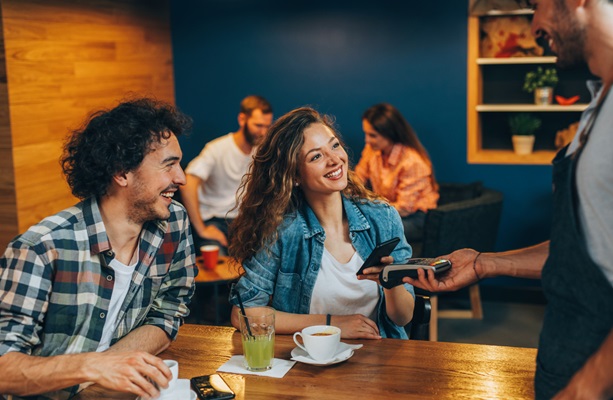 In 2015 Apple Pay launched in Canada, and since then it has grown to be one of the most popular payment apps in the country. Compatible on various Apple® products including the Apple Watch®, iPhones® and online through Safari®, Apple Pay is a versatile way to make contactless payments through most Apple products. Moving forward, the more Canadians become more comfortable with paying with their phone, we could see an increase the number of cashless transactions from iPhones or Apple Watches. With 53 per cent of Canadian smartphone users owning iPhones, there is plenty of potential for growth in mobile payments across Canada.

Google Pay officially launched last year, formerly called Android Pay, and has been growing across Canada. With the ability to use an Android device to pay using Interac® Debit or credit accounts, and integrate loyalty cards, Google Pay is expected to grow in popularity as more people start using cashless payment methods. Google Pay works with a variety of Canadian banks with both debit and credit card accounts, and can be used wherever tap payments are accepted. Google Pay also works online, allowing users to complete online transactions without having to manually enter payment information.

Samsung Pay is another addition to the Samsung® line of tech products, and a newer mobile wallet option for Canadians. Samsung Pay can be paired with cards from a variety of different participating partners, and uses NFC and magnetic secure transmission (MST). MST is an older technology that ensures both old and new retailers and machines accept Samsung Pay. Samsung has promised users that 90 per cent of retailers accept Samsung Pay. The payment app can also provide similar rewards integration as Apple Pay and Google Pay. Samsung Pay partnered with large Chinese financial services solution UnionPay in 2016 so it will be interesting to see how it grows in Canada and around the world.

Believe it or not, the Starbucks mobile app is the most popular payment app across North America. It may be because of our love of coffee, or maybe because it can also be used universally across Apple, Android and Windows™ 10 devices. The app allows customers to pay for their drinks via a unique and secure QR Code® that appears on their smartphone, which is linked to a debit or credit account. A key benefit of the Starbucks app is the unique reward system known as Stars. Stars are earned through all purchases at Starbucks, two stars per 1$ spent, and can be redeemed at Starbucks locations for in-store purchases. Of all the purchases at Starbucks, 30 per cent takes place through the app leaving plenty of room for growth and many more coffees.

Being able to accept a wide variety of payment methods is a great way for you and your business to stay up to date with the day’s technology and reach more customers.

Is Your Business Ready for International Customers?

Restaurants Were the Real Winners of the Stanley Cup Finals

The Montreal Canadiens may not have brought home the cup, but that didn’t stop fans from filling theirs at their favourite watering holes across the province as they cheered on their Habs.

The Calgary Stampede corresponded with easing restrictions across the province that helped everyone from retailers to restaurant owners take advantage of the crowds, resulting in some positive spend trends.

A Reopening Weekend to Remember Across Canada

From amusement park fun to the return of travel plans, Canadian shoppers and business owners both had something to celebrate during this reopening weekend.

As Quebec began its first retail reopening phase on June 7, Quebecers resumed their consumption habits with their favorite local businesses.